The exotic Pashmina fabric - one of the oldest & most expensive in the world. A fabric that adorned the shoulders of Kings & Queens of the world over for centuries. A fabric so soft that it translates to "Soft Gold", so delicate that it has to be handled with utmost care; has had a very humble beginning.

A land far away from the noise of civilization, where chilly winds make their headway, much like the Arctic wastes of Siberia and Alaska. These are the highlands of Kashmir. Here resident mammals reside and spend their lives in the harsh weather. Thanks to their natural hair that shelters them like a warm cocoon.

Be it goats, antelopes, camels or yaks, these animals grow an undercoat that is coarse but superfine. It protects them from plummeting temperatures as low as minus 40 degree Celsius. These dark, winter days soon turn into long and pleasant environs. With the onset of spring, the temperatures rise, and the days lengthen. This triggers hormonal changes in these animals. They start to gradually shed this undercoat, which now doesn’t really serve any purpose.

The luxurious fibers that are procured from these undercoats have been collected and combed out by local communities and generally recycled for their own use. Several species have been domesticated for time immemorial and have been harvested sustainably for local use.

Of all these animal fibers, it is Pashm that is the most famous, which is internationally known as Cashmere. In India, the fleece of the Tibetan goat, from which the classic Kashmir shawl is woven, is called Pashm. It is derived from an Urdu word that means raw fiber. However, Pashmina is the yarn spun and the material that is woven from Pashm. 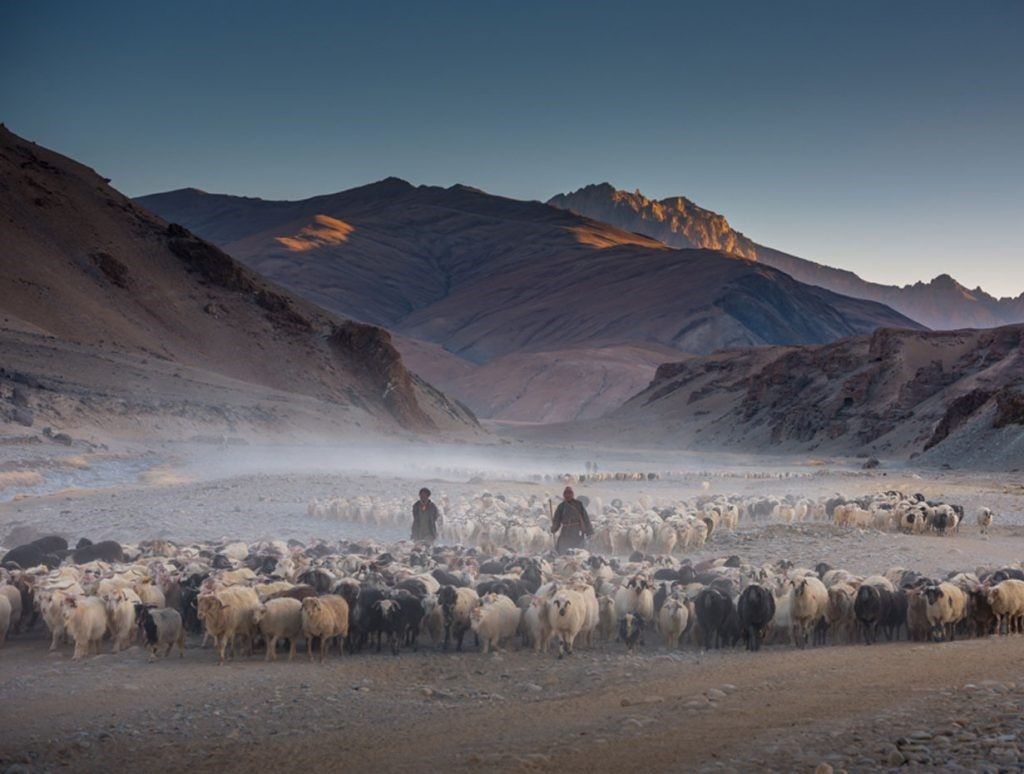 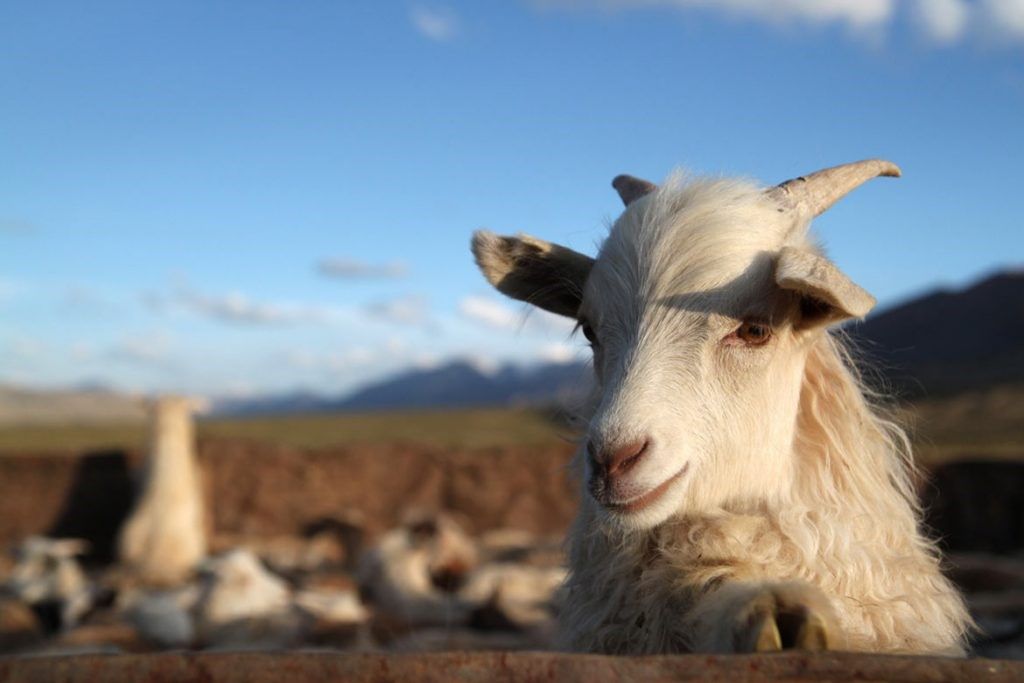 THE PRIZED GOATS OF LADAKH

It might come as a surprise to many that the earliest animal to be domesticated for human needs, as long as tens of thousands of years, are goats. These animals primarily provided for milk and meat essential for survival in this desolate land. Almost all goats, be it wild or domestic, grow a downy undercoat which is hidden beneath their shaggy overcoats. Only a few breeds are habituated to this extreme cold and produce this ‘soft gold’ that is worth harvesting. There are certain regions, apart from Kashmir in India that propagate the growth of this fiber. And that includes parts of Russia, China, and Mongolia.

The stunning land of Ladakh had long been cut off from all kinds of civilization. But little did the world know that this would be the home of the prized Tibetan or Changthangi goat, who has taken the world by storm with its diamond fiber. This breed found in Ladakh, Kashmir, is a rare breed, and herdsmen who raise it locally call it Changra or the northern goat.

It is the fiber of this goat that is considered par excellence and has assumed the name of cashmere all over the globe. Cashmere/ is hence the down hair collected from the underbelly of the Capra Hircus Laniger found in the Himalayan regions of Kashmir, India. 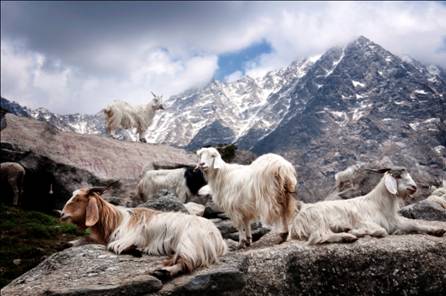 For millennia, nomadic herdsmen have spun and woven goat hair into cloth for their personal use. In fact, several historical accounts recount that fine materials were woven from goat fleece in India and West Asia in ancient and medieval times, but the origin was not much known. From at least the 16th century until the early 19th, Kashmir was the only region where the locals had the skills to fully utilize the qualities of pashm. That not just its warmth and softness, but also to weave the fiber into a textile of superlative quality, which came to be the choice and object of desire for nobility as well as the social elites.

From the third decade of the 20th century, cashmere emerged on to the forefront as a premium fiber for the highest quality of woven fabrics in the developed world. This led to the production in staggering volumes and later led to selective breeding. This led to evidence that both genetic, as well as environmental factors, lead to the growth of the undercoat, which did raise the possibility of producing this fiber in temperate climates

HOW CASHMERE WHISPERS TALES OF QUALITY

From an artisan’s point of view, as much as the goat withstands extreme conditions, the length of the fiber increases. This is the reason why earlier the goats from western Tibet were preferred.

As far as the color goes, it is the color white that is desired by most. That is since it can be dyed in a barrage of shades. For this reason, these breeds commonly produce white fiber. The browns and grey, which are also a part of the palette of natural colors, are considered self-colored. These form the mainstay of most antique and contemporary products. 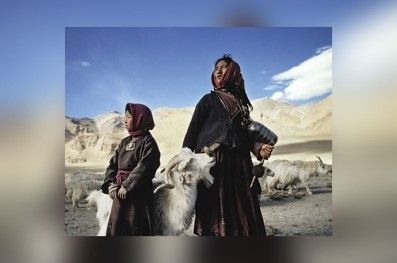 We, at Pashmina.com, are one of the world’s largest curators of pure and handcrafted Himalayan cashmere products. Each of our pieces epitomizes the highest levels of quality & royalty and makes one feel no less than nobility. Our range of shawls, stoles, scarves, and wraps will enrapture the world with its beauty and sublime softness. It’s not just the beauty and exquisiteness that we are concerned about; credibility is what sets us apart from the rest. Our pieces are first painstakingly handcrafted with the finest designs and reflect the highest quality of craftsmanship. After this labor of love sees the light of the day, it is sent for quality assurance to the Crafts Development Institute, Ministry of Textiles as part of Govt of India that certifies each product. After all, you deserve a product that’s as warm and real as you.