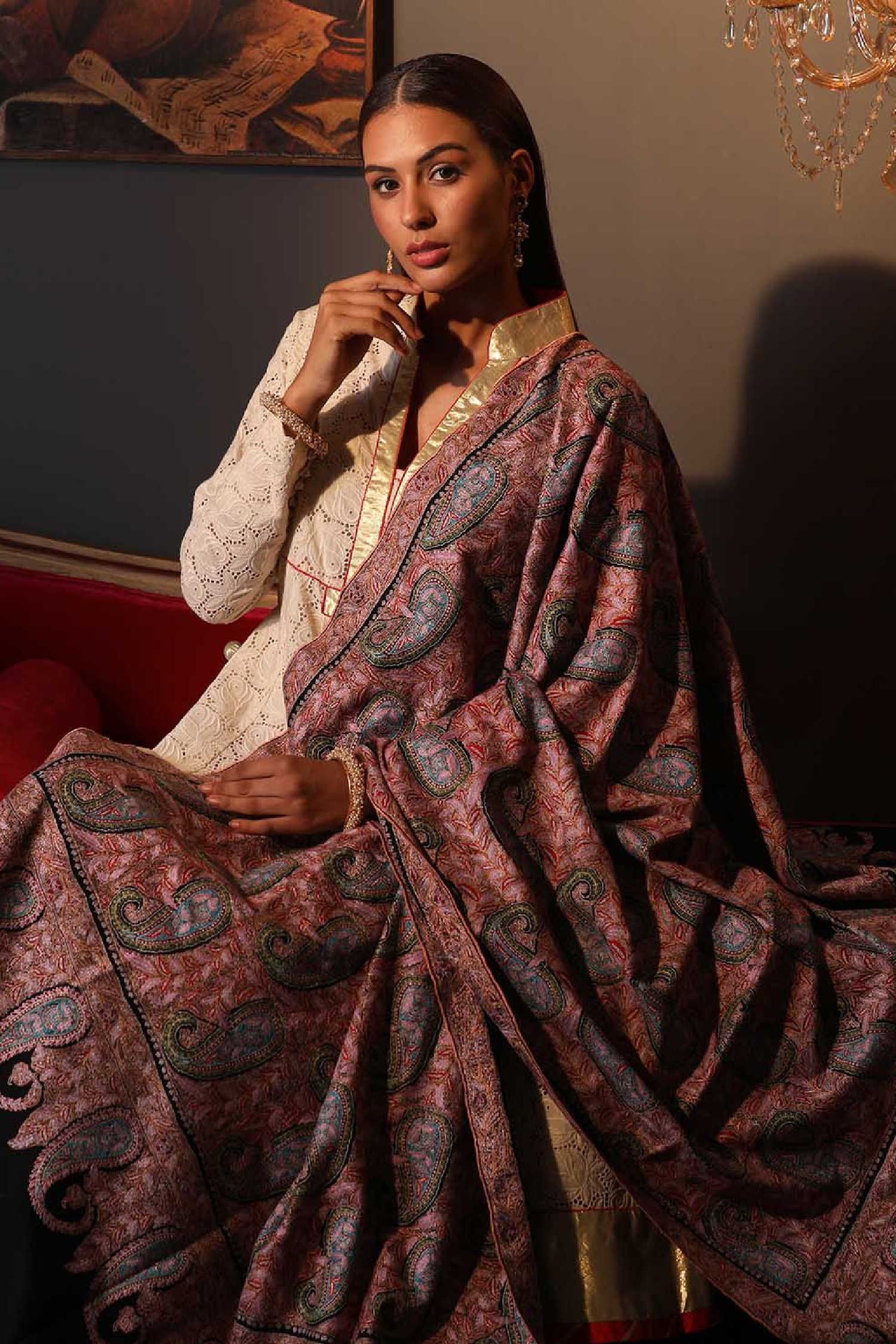 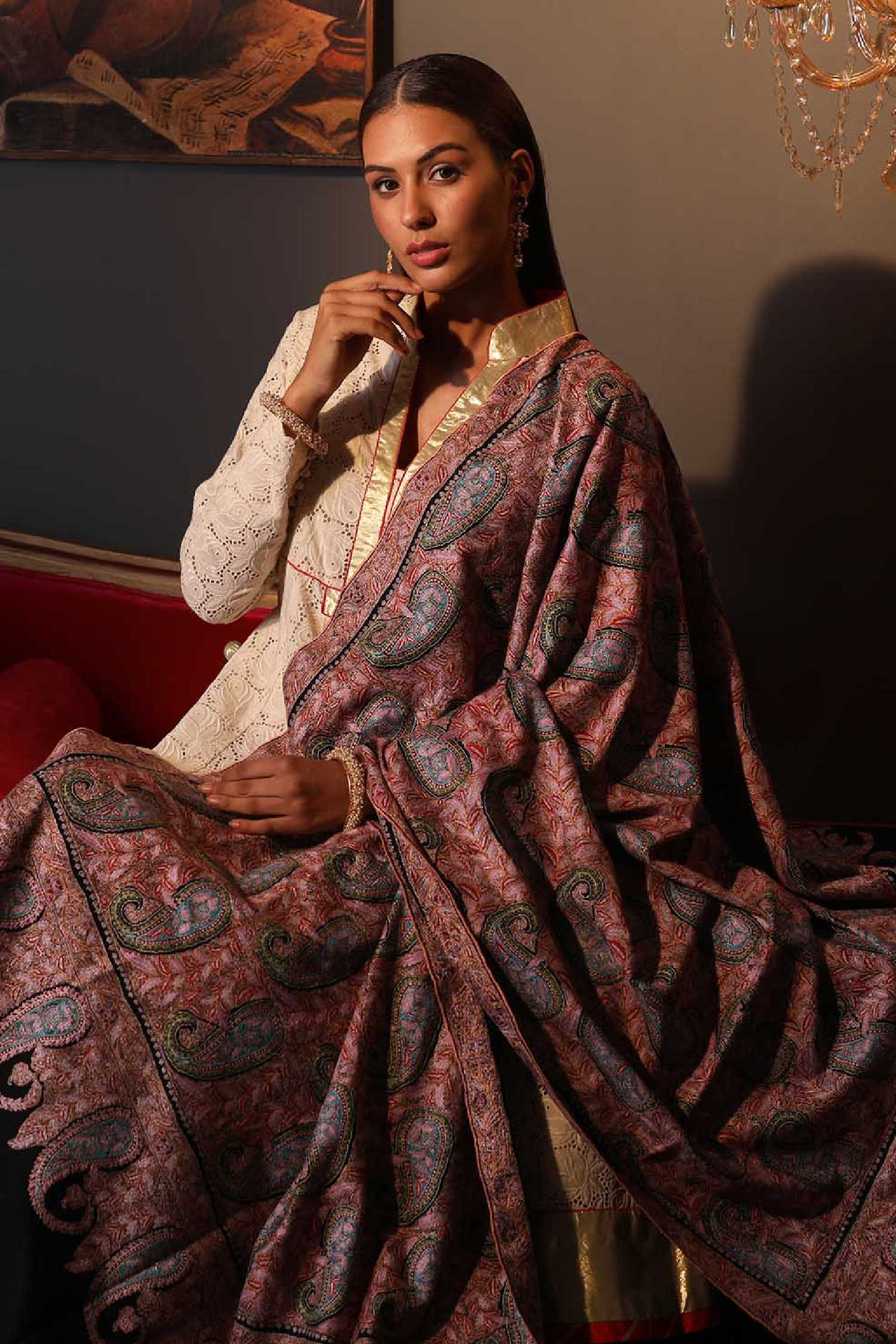 Availability:In stock
SKU PASHEM063
Why we Love it
The Exquisite Craftsmanship
Guaranteed Quality
Fair Trade & Sustainable
Customer Reviews
Why we Love it

Time is not measured by clocks, but by moments. Make those special moments worthwhile with a remarkably crafted Aksi Pashmina Reversible shawl, handwoven with sheer elegance. The shawl is handwoven in the magical Do Rukha or reversible pattern and hand embroidered on both the sides such that one side is the mirror image of the other. The shawl takes inspiration from Emperor Akbar's collection, who was a true patron of Reversible Aksi Do Rukha shawls.

Traditional Kashmiri motifs paired with the time tested Pashmina make this shawl ideal for weddings, special events or as a special gift to someone you love the most.. 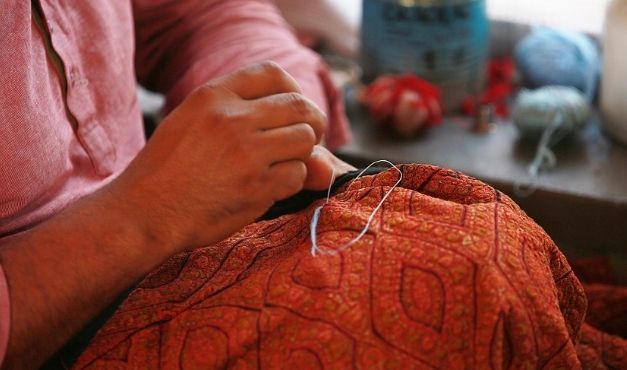 "Do-Rukha", literally means "two-faced" and it refers to the specific type of wraps that were woven in a manner that the embroidery on the front of the wrap is mirrored by the pattern on the back thus earning it the title of Aksi Do Rukha (aksi meaning reflection). An Aksi Do Rukha wrap has been in style since 1860 and widely cherished for its unique weave and embroidery which gives the wearer a pleasure of having two wraps in one. The magnificent features and intricate embroidery makes this type of wraps the most extravagant and costly than all the other types of Cashmere.

An embroidered Do Rukha wrap can be combined with a plain back side or a mirror image of the front side. Nevertheless, however patterned, this variety of Cashmere wraps has earned a global acclaim for its fine Cashmere base and magically profuse embroidery that makes it a symbol of superior craftsmanship and a piece of art.

It is said that Emperor Akbar was a true patron of Do Rukha wraps but those wraps were woven in the Kani weave. It is even mentioned in the Ain E Akbari, a biography written in the court of Akbar, that his majesty owned a huge variety of these Do Rukha Kani wraps. It is even believed that these wraps were considered exceptionally luxurious and expensive, and would be traded worth their weight in gold. In fact some used these wraps in forms of tax or paid a king's ransom. It is these same wraps which inspired the present day Embroidered Do Rukha variety which is equally extravagant and royal.

The Aksi Do Rukha is perfect for gelid winter seasons as the underlying Cashmere is an archive of pleasant warmth. But since this variety is more lavish and expensive than the others, it is perfect for brides, wedding events or luxury gifts to your dear ones.

Care: Taking care of your Aksi Do Rukha wrap is quintessential. One has to make sure to store these safely, thereby preserving it from harmful effects of moth. As far as cleaning this type of wrap is considered, always get them dry cleaned professionally. Remember that this exquisite piece with you is not just pricey, but a treasured heritage whose worth aggrandizes more and more as time passes. 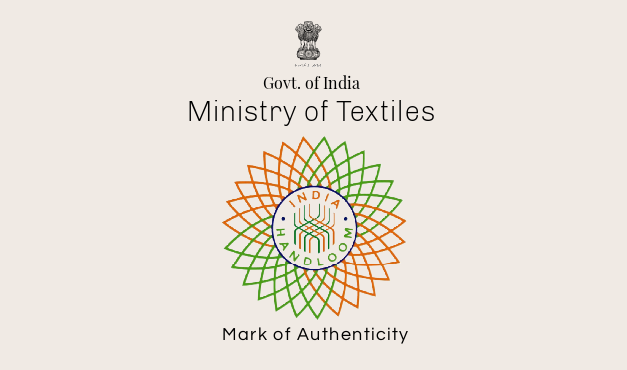 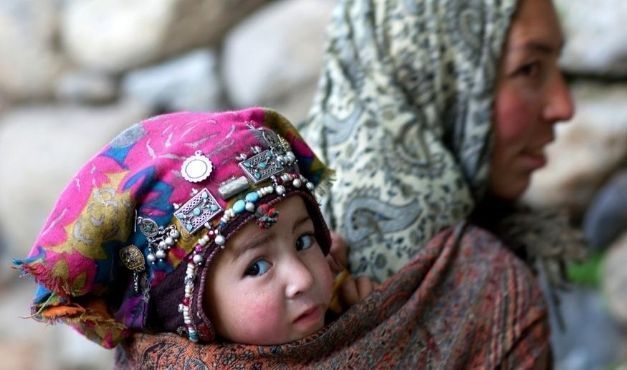